Would you like to discover the powerful ways God is part of the healing process? Do you think the media, the government, or your doctor is telling you the whole truth when it comes to health care? Are you tired of taking medications that really don’t fix the problem?

In The Ultimate Prescription, Dr. James Marcum, a board-certified cardiologist, in-demand speaker, and radio host, discusses these questions and many more from a biblical point of view. He encourages you to find the real answers about your health—and the health of your loved ones. Dr. Marcum explains what he believes is wrong with our current health care system, how to get back on track, and how the spiritual dimension of our health is often being ignored. Discover today the true path to healthy living in The Ultimate Prescription. 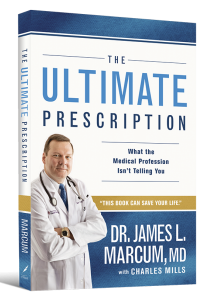 More about The Ultimate Prescription

Order your copy of Medicines That Kill today!

Learn the truth about pharmaceuticals in Dr. Marcum’s new book Medicines That Kill

The recent deaths of celebrities like Michael Jackson, Anna Nicole Smith, Heath Ledger, and Whitney Houston have shown a spotlight on the overuse and abuse of prescription drugs. Most people believe that prescription drugs are safer than illegal substances. But, when combined with other over-the-counter sedatives, prescription drugs can be every bit as powerful, addictive, and dangerous. In 2006, overdoses on a class of prescription pain relievers called opioid analgesics killed more people than those killed by overdoses on cocaine and heroin combined. Right now, among 35 to 54 year olds, poisoning by prescription drugs is the most common cause of accidental death—even more so than auto-related deaths. In Medicines That Kill, Dr. Marcum shines a light on the addictive power of prescription medication and how you can protect yourself and your family by practicing healthy habits. 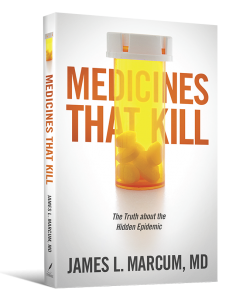 God on God – Uncovering the true character of God

God’s character is grossly misunderstood. The Supernatural Being heralded from church pulpits and written about in books is often presented as someone to fear, not admire. In humans, fear changes body chemistry and greatly hinders health and healing.

While God certainly has done many good things, according to the Bible He has also acted in some extremely hurtful and destructive ways. For centuries, He’s been represented as a vengeful judge, a rage-filled deity, or a punitive potentate waiting to toss hellfire down on anyone who breaks His laws. Yet, He’s reported to be the very definition of love. Where’s the truth?

Charles Mills, health journalist for Heartwise Ministries, skillfully uncovers the true character of God by carefully examining the history and life of Christ. In the pages of this little book, we discover a Heavenly Father not created by human writers or man-made religions, but as revealed by His own son! In simple, beautiful words and actions Jesus showed the world the Father unencumbered by sin-clouded conclusions or human emotions. “God On God” brings to light those surprising, healing, and life-changing revelations.

Here’s the link where you can purchase the eBook:  God on God 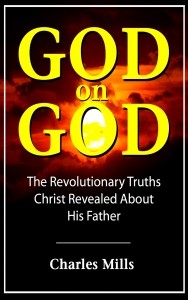